It is generally accepted that improvement in the condition of a severely brain-damaged patient in a chronic stage such as the vegetative state is extremely difficult. Only a small number of patients hospitalized at CRC show marked functional improvement.  However, a considerable number of patients show some degree of improvement.  These minor improvements, such as a smile when spoken to, the ability to give a yes/no answer using a finger movement, or being able to take a small amount of food orally, are very important for the caregiver because they are encouraging and do much to reduce the psychological burden of the family member who cares the patient.

There are many scoring system for evaluating the ability of brain-damaged patients in chronic stages, such as the disability rating scale (DRS), and the functional impairment measure (FIM).  However, these commonly used scoring system cannot display minor improvements of the patient such as we see at CRC, and we have originated a more appropriate scoring system: the “Chiba Scoring System for Severe Traumatic Brain Injury in Chronic Stage (the Chiba Score)”.

For VS or MCS patients, every bed faces large windows so that the patients feel the morning sunshine and experience the changing seasons. An open nurse station is situated in the ward for continuous monitoring.

Passive ROM exercise is important for VS or MCS patient to maintain mobility of major joints.

Fig. 1 illustrates the improvement after admission in a number of cases. The figure shows the Chiba Score of the patients up to 5 years after admission. This period was chosen because the maximum duration of hospitalization was for 5 years prior to 2007, although it was subsequently changed to 3 years. As can be seen in the graph, the greater part of patients’ improvement occurs during the initial 2 years after admission, but beyond 3 years, only a small number of patients show improvement. Another important point illustrated by this graph is that the majority of the patients with poor ability on admission (Chiba score less than 20) show no improvement through hospitalization in CRC for more than a few years.

Fig. 1
Change of Chiba Score after admission 52 patients: 40 male, 12 female Age at the time of traffic accident: 22.8±7.13 years Duration from accident to admission:: 3.0±1.52 years Duration of hospitalization (27 cases discharged): 3.36±1.65 years: Red lines indicate markedly improved patients (below 20 on admission and attaining over 50.)
We acknowledge that no hospital presently provides effective treatment to functionally improve such patients with poor ability.  However, we do not consider it futile to accept such patients and give them rehabilitation for a few years. Before admission to CRC most of the patients are in chronic care hospitals or in the home, and seldom have the opportunity to receive adequate rehabilitation.  In such circumstances, family members often think that the patient would improve if only they could receive enough rehabilitation. This is a large psychological stress for the family, but family members do learn to accept the patient’s handicap and much reduce their psychological stress when they see the result of enough rehabilitation in CRC.  And it should always be borne in mind that there are some patients who show a marked improvement - as shown in the thick red line on the graph - even if the score on admission was less than 20.  Most of these patients had scope for medical intervention such as readjustment of a programmable shunt valve, decreasing or discontinuing anticonvulsant and so on.

The doctor and rehabilitation staff inform the family of the progress of the treatment every 6 months.

Enjoy afternoon sunshine in the garden with nurses.

Enjoying "Sugoroku", a traditional board game in the New Year's holiday. The nurses made a big Sugoroku and dice so they could play it.

Enjoying the feeling of spring under the glorious cherry blossom.
ログイン
ログイン画面へ 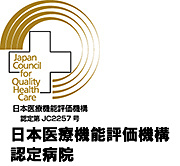